At meeting for worship this morning (Multnomah Meeting, Friends), I had some things I was pondering. As usual, I dd not want to speak and held my tongue, letting the need build up. Usually when I do speak it’s because the internal pressure of my “leading” (as Friends say) becomes too much to hold back; my heart shakes, then I speak. My inner voice was speaking about what I have learned from Light.

Today it happened that the first half hour was deep and silent. There were perhaps 60 or so people gathered in the meeting hall. Then there was a period in which several people spoke at a fairly regular but respectful series of intervals.  It began with one of the meeting’s elders who spoke about a trip to Nicaragua this summer to visit family and encounters she had both with Quakers there and being witness to some Really Fucked Up Shit (not her words). The upshot was that world has people who do good and people who do evil. The ministry that followed, other people who spoke, including the one very Christo-centric guy who tends to quote the bible, all seemed to be addressing my topic from different angles. Darkness and light somehow was the topic of the day. (And, like good Quakers, no-one was speaking in response to the others; it felt like light addressing light.)

I never spoke. Each moment I thought I might have to stand, someone else stood and said something that illuminated my own meditation in a way that changed it. Then Meeting ended, there were introductions, announcements and other business. I decided to try and capture something of what I didn’t say here. I already know that this is not going to work the way I intended but I’m doing it anyway.

I have been learning from light for a long time. As far back as I can remember, as a child, I listened to light. When I was initiated into meditation as a teenager I was taught a meditation using clear white light. When I was given a Sanskrit name as part of an additional lesson, I was called Surendra- another “light connection”. Since then I have always come back to light as a device for focus and an inner place of calm awareness. I am a student of light, I guess.

So, Everything I Ever Needed to Know I Learned from Light.

One of the first things I learned from light was something I’ll call “steadiness”. It could also be called “peace” or “equanimity”. I learned from light that there was a space inside of me that was steady. Like a tree with branches waving in the wind, I was also a trunk that remained still. Throughout various passages of my life, even when everything seemed to be chaos, even when I felt suicide was my only living option, part of me knew with absolute certainty that there was a space of stillness; clear, vast and without shadow; (even) inside of my (broken) heart.

Another lesson from light is what I’ll call “open”. Also could be called compassion or connection. I learned that the deepest space within me was connected to everything else and that every pain was my pain, every joy was my joy. I learned that I couldn’t just be “steady”- as the near enemy of equanimity is indifference; as part of the tapestry of this world I can’t deny the feeling, perception and sensation that comes with life. I can’t deny suffering- within me and without me.

Quakers refer to the “ocean of darkness” and “the ocean of light”. George Fox, in his journals, says that his awakening included both, but that the ocean of light was “over the ocean of darkness”. Also, because of his time and place, he called that ocean of light “Christ” and he found that it was everywhere and within all beings. It was for this reason that one of the first things Quakers did to upset the order of things was to refuse to participate in violence, war or anything that debased orinjured anyone, because “all were filled with Christ”, filled with light.

Thinking about these things I also thought about CS Lewis and how in his theological books he called this world “the shadowlands”. His realization included the notion that the things we see with our eyes are just shadows of reality. Hmmm… Shadows- Where does a shadow come from? Shadows are the direct result of light.

Sometimes I see this world like it’s a movie screen- one with the projector behind it. It is a thin, sheer veil that barely separates us from an “ocean of light”. Sometimes I feel as though my very next step will take me through the screen and into the light. Sometimes this whole world looks transparent- that the crazy kaleidoscope of things, color, beings and activity is like a joke pasted over the not-very-well-hidden clear, white light.

Sometimes I know all these things and more. Always I know that when I try to speak it, I will fail.

As noted in the Tao Te Ching:

I am back from NPYM

I have just returned from North Pacific Yearly Meeting of the Religious Society of Friends. Non-programmed Quakers from all over the Pacific Northwest gathered at the OSU campus in Corvallis, Oregon. Unfortunately, I have no news. I spent the time as a teacher with the children’s program with grades 3-5.

My time spent with the rest of thegroup was;imited to mealtimes, for the most part.

I did attend the community night program on Saturday night. The only thing I have to report from that is that Quakers have a sense of humor. This contradicts conventional wisdom. Many are also very talented musically.

The other item of interest is the Epistle written by the grade 3-5 children’s program. This was read and added added to the minutes of the Plenary Session on Sunday and will be distributed to thousands of quakers throughout the world. It went like this:

To the North Pacific Yearly Meeting:

We the members of the grade 3-5 children’s program explored the query of how to answer that of God in everyone through the following activities:

(I’m sure I’m missing some)

Now some pictures I found interesting: 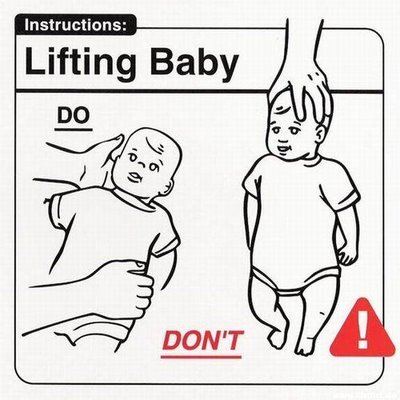