The dream of lost love

A song I’ve re-recorded today. It’s been known by various names over the past 15 or so years. It is ambiguously about lost love but it’s more complicated than that. The motivation for the song was my daughter’s death but it absorbed other feelings and memories along the way.

In the years before your broke my heart I never thought that you could do it
So I never stopped to wonder if you would
[It never even crossed my mind that I could lose Erin. From when she was a baby I felt
connected to her and even though our relationship was difficult I couldn’t conceive of it being
over]
In the sunlight of that certainty I slowly fell asleep
knowing you were close beside me and that everything was good
[Ah, well, there’s a line in Carl Sandburgs poem “Little Word, Little White Bird” where he refers
to one “falling asleep in an afternoon sunfall” and waking up with their heart as “cold and dumb
as a polished stone”- It is this sleep of love forgotten that echoes in this line]

In the dream that came to visit in the time of which I speak
The storm of judgment raged across the land
[When Erin’s mom was having an affair- and I knew she was, she was gone all night much of
the time- I came across a stack of love letters from her “amour”… I slept with Erin on her little
bed…]
In a cold and barren desert we were among the only living
But we faced that road together and we walked it hand in hand
[I dreamed that she and I were survivors of some apocalyptic scenario- it underscored the way I
thought we were- that even if everything else were to go away we’d still be there]

I’m only here to tell you that it’s all right now
And that even though you took me from your will
Do you ever think about me, does it ever make you smile
Did you know I always loved you, do you know I love you still
[I wonder these things about everyone I’ve ever loved- do you?]

Still perhaps upon that desert we will gaze
I will surely be there with you, if there are survivors
I will take your hand in mine at the ending of all days

Weren’t we there when this world alive became
Do you recall the mountains rising up in praise
We’ll be there when the Lion calls the stars all home by name
We will be together at the ending of all days
[I read the Chronicles of Narnia to all my kids, starting with Erin- The first book describes how
Aslan, the great Lion, creates the world with his song, in the final book in the series Aslan calls
the stars from the sky, naming each one, and leads the heroes of the various stories on a race
through the layers of existence, to the core of reality, of which the “real” world is just a
shadow…the last part is sung several times in the style of something you’d hear at a tent revival]

Here are some cute sleepy kittens-

This is a song I wrote in 1993 a year after my father died. The chorus is borrowed from “The mantra which releives all suffering”- Gate gate pāragate pārasamgate bodhi svāhā (for more info about the mantra go here). The English translation- Gone Gone, Gone Beyond Beyond, Hail the Goer (or something like that).

My relationship with my dad was complicated. I really didn’t like him for a long time, and not because he was a bad guy. He was a good man, a spiritual man, who went through some heavy stuff. When I was a teenager (and before) his alcoholism was at full swing. He attempted suicide a few times around then, when I was, oh, 15-16. My older brothers and sisters had long before moved out, I became the main witness, besides my mom, of his self-loathing.

He was never unkind to anyone, no matter how drunk he was. All of his meanness was directed at himself.

He also had developed diabetes and sometimes when he drank he would have a severe reaction and become unconscious. On more than one occasion, I came home from school to find him on the floor of the entry way. I couldn’t tell if he was alive or dead (remember, he was also sharing with me his suicide plans on a daily basis). I would step over his body, without checking for a pulse and go to my room, hating him.

After a few hospital stays and some frightening situations with a gun (one that left a hole in our kitchen floor and almost killed both my parents), my dad quit drinking. For years I had a combination of respect and disgust to do with my dad. As years went by I grew to respect him more and the disgust faded away. I didn’t talk with him much but I liked him. I know he was filled with guilt about his alcoholism even so many years later- I don’t know if he ever forgave himself. I don’t believe so.

He was diagnosed with lung cancer several weeks before he died. His doctor had neglected to review his chest x-rays, which he had annually because of emphysema (and asbestos exposure in the navy). The x-rays sat for 3 months until he called his doctor to ask why he hadn’t received the usual report. This prompted the physician to check the images and he found what looked like a small tumor and he had my dad come in for a follow-up. At the follow-up they saw the the small tumor had become very large. My dad was told that with chemo and radiation they could extend his life for up to a year.

One thing I wanted to tell him was that he was a great Grandpa. He loved my kids and they loved him. Not much of a dad, but a really good Grandpa. 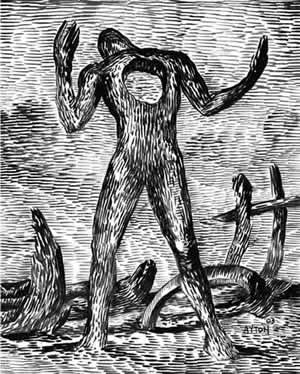 He lasted almost a month and a half. What actually killed him was congestive heart failure brought on my a reaction to a dye injection he was given (for a test checking the advance of the tumor). On his last day his legs and feet swelled up so much he couldn’t walk. He was denied hospitalization when my mom took him in to Kaiser emergency. They sent him home and said he should rest. He was dead before morning.

A year and a few months later I was still processing. I felt like I somehow hadn’t succeeded in making for the years I hated him. I decided to go to the beach- Short Sands, below Cannon Beach, for any of you familiar with the Oregon coast. Short Sands beach had a small camp ground reachable only by trail- no RV’s, tent/ back-pack camping only.

While there I spent a lot of time meditating and watching the ocean. I also talked to my father. He has a sailor most of his life and I felt it appropriate to have this out with him at the ocean. I wrote this song on my last morning there. It was a real high- my heart seemed open, a burden lifted from my soul (if that doesn’t seem too corny). I went home to my family. I slept well,with no dreams.

The following morning I walked into my daughter’s room to find her dead by her own hand. That is a different story (and many different songs).

So, first, here are the lyrics to the song:

At the end of the day, by the side of the road in the cool of the breeze
I am knowing
Rest like the weary, peace as the river in the rush of the
water flowing
On the dark of the road I open my heart to the light on the path
you are showing
Deep and silent my source that I strain to perceive- hidden by all my doing
and going

Chorus:
Gone Gone, Gone Beyond Beyond-
Hail the Goer (X2)

I’ve walked in the storm, my face to the wind until I could not tell
raindrops from tears
Or I’ve stood on the mountain, my arms in the sky, rejoiced in the spirit
as it appears
Early in the day it was whispered that we must act as our stories unfold follow the mystery
until it clears
Now my heart is so still I am reduced to a breath- I will go to the dawn
as it nears

In this moment of life, for this flash of a breath, through the songs of our laughter
and crying
Miraculous heart, mysterious soul, barely seen through desire
and trying
In an instant we’re free- as on the wings of a dream- through sky and through clouds
we go flying
Where we stand at the edge of the world that we know- wonder where do we go
when we’re dying

This is the song:

I’m also adding it to the music page.